New levels in League of Legends

In video games level of the player means a lot. The level is crucial for a gamer and getting the highest level is the aim of an online or video game: when you reach the highest level, you become a winner. However, in League of Legends it is different. Let`s find out what is so interesting about LoL`s leveling system. The secret of LoL is the dynamic and unique nature that makes each game a great mean of spending a night, day, or afternoon. And the nature of the game is that the leveling is not the main idea of the game. If you want to play, you don`t have just to go through LoL, you can enjoy the game even if you reach the highest level and still the game will be interesting. Especially after League of Legends Removing Level 30.

The main thing about League is the process and the fights between the teams. When you start the game, you need to choose one single champion. This character will become a summoner in a team of the summoners. One game for a summoner lasts from a quarter of hour to an hour, depending on the length of the session. Two teams of the champions fight against each other on different locations of the maps and in different modes. But there are many things that depend upon the level. For example, the higher level you have, the better your game is. So you may ask for what the levels of LoL stand?

Leveling in LoL: what you should know?

The rating and the level of player influence the opportunity to join a game session. Level beyond 30 is ok in some cases, but not in all of them. From level to level more new features appear and everything is unlocked at level 30. In League every player starts with the same level and same possibilities, you see. Points of influence and points of experience, together with the points of riot influence the game dramatically, because they affect not just your level, but also the abilities to open new features and buy new champions. That is why so many players were obsessed with leveling in the game. Why were? Because the changes came and now leveling system of the game has changed. Now level 30 is not the highest level in league of legends. 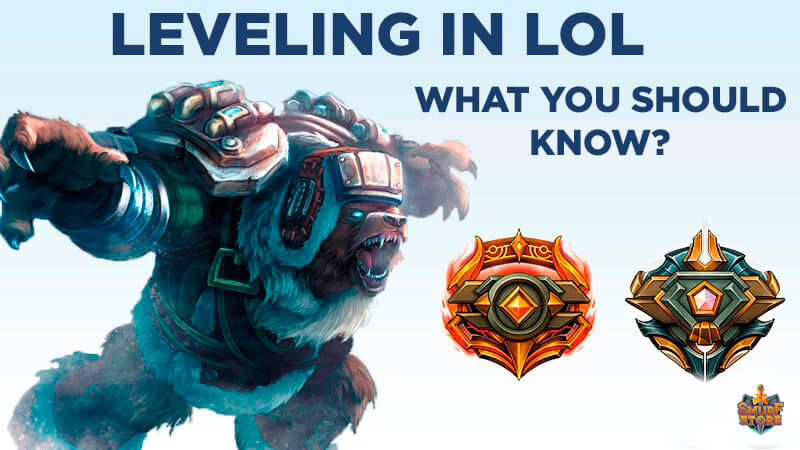 Your level in the game depends on the experience. After getting a certain amount of experience, your champion moves to a new level and gets access to new abilities or higher ranks of existing abilities. Also, on the new level basic characteristics and some runes change. A champion can gain experience during the game in five ways:

1. Assassination. When you murder a champion from the team of enemies, you immediately get 75% of experience required to reach the next level. Plus, if your victim has a higher level of experience, it is multiplied.
2. Assistance. If you help to assassinate a fiend champion, you get the experience bonuses (plus a possibility to reach a higher level). In this case the experience is divided between those who had a hand in the death of this champion. Half of the experience gets assassin, the remaining half splits between the helpers. The champion is considered to be involved in the murder if he attacked 10 seconds before the death, or the victim died within 1200 units of him (the last in statistics as contribution is not counted, but the experience turns out).
3. Being near the killed minion. In case your champion was near a minion that was killed, he gets the experience, whether he made a last attack on the minion or he died because of any other reason.
4. Buildings (except external towers and nexus). Inhibitors and other towers give experience, and different towers give different amount of experience.
5. Monsters. Murder of different monsters gives different level of experience. In case the killer has a low level (lower than the average for the champion, the monster is not compared), the amount of experience increases by 50%. If in a radius of 400 units has an ally, the experience will be divided between them.

Well, the point is that the more you kill and participate in the fights, the higher level you reach and the more stuff you get. As soon as you reach the highest level – the 30th, you become almost almighty and can let yourself buy and get everything. But this was before the developers decided to completely remove the level cap. And what about the runes? They could be bought for your IPs (influence points). A player gets them after each battle and as soon as there are enough of them, he or she can buy the runes for the other fights. And again, new system affected them too. So how does it work now? 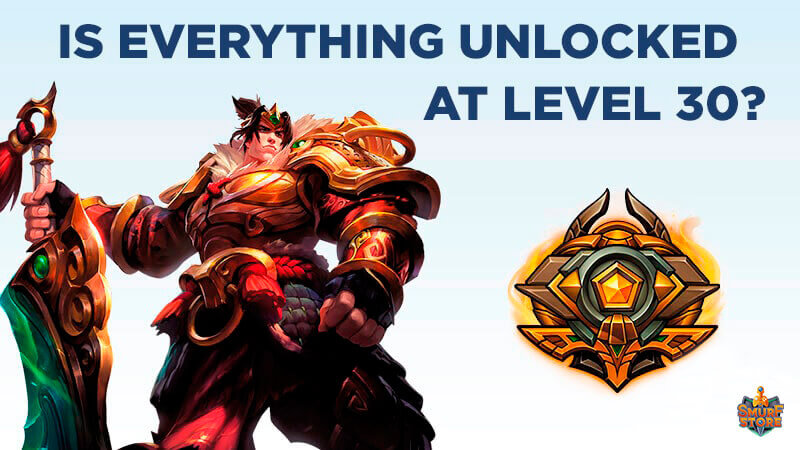 Why LoL removing the level 30?

The system of levels was the oldest feature of League and it hasn`t been changed since the game was launched. The system of higher levels is not very comfortable now and has nothing to offer for the players who enjoy LoL for a long period of time. But recently the developers of the game realized that it is no longer relevant and someone must do something about it. Well, of course it doesn`t mean that the levels in the game will no longer be available for you, it is just that the lvl 30 will no longer be the top level and a popular question “Is everything unlocked at level 30?” won`t be important anymore.

The situation was as follows: last year the developers began to explore the most critical and long-standing problems that players had with some fundamental systems in LoL like IPs, awards and system of levels. It turned out very quickly a few things. First, the leveling system. The new system also expects no league of legends level restrictions. When a player reaches the 30th level, it is not the maximum level and the rewards won`t stop here. A new redesigned system of rewards expects that the more time you play and the powerful you become, the more rewards you can get, not just because now you have reached the top. There will be no top levels on LoL no more! Now after reaching certain levels the player will also receive special rewards such as stones or rare emotions.

Second, the system of buying champions and runes. The system of buying runes for points of influence wasn`t good for players and prevented them from unlocking the new champions. The process of gathering resources to unlock new champions was too long and exhausting, especially for the new players who wanted more. They grew tired very fast and the old players weren`t satisfied too. At that point the developers decided to make a revolutionary decision. Now the 30th level is no longer a maximum, and the influence points will be combined with the blue essence. In a preseason the runes are free and the rewards are received based on the level of investment in the game.

And finally, the IP is combined with the blue essence. Instead of IPs you will receive an open chest, called the capsule, upon reaching each new level. In these chests there will be parts of champions and blue essence. You will be able to spend this new currency (which will still be called "blue essence") on all that previously could be bought for IP or blue essence. But this won`t influence the prices in the store. For example, the new champions will still cost you 6300 units of blue essence. 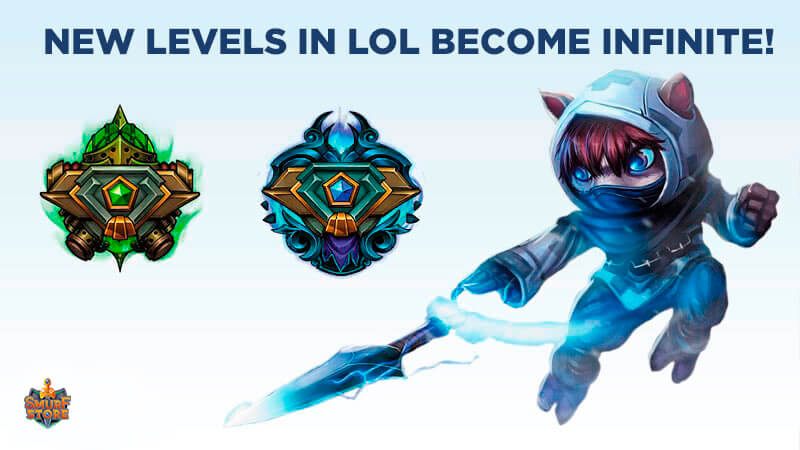 To sum up: the changes are serious, but they are for good. No more limits of levels, now you can feel infinite in your game. That`s great, of course. But the best thing is that boring process of accumulation of IPs is gone, and a new system of rewards expects better rewards for better players. Points of influence won`t be given after each battle, instead they will be replaced by the capsules after each level. They will contain parts of champions and blue essence that you can spend how you want. So it`s your turn to try the new system and open the first capsule to see what is waiting for you inside. Don't forget to visit us at www.smurfstore.co

1639
When Does Season 8 Start in LoL
In this article we talk about what you will be facing in the 8 season. We will discuss changes in runes, talents and more...