League of Legends (lol) vs Smite

Despite being the most popular MOBA out there LoL is still not the only title in this genre. Besides rather well-known Dota 2 and HotS, League is commonly compared to the smaller but interesting MOBA game called Smite. You may not have time to play both games actively but it is possible that you may get interested in Smite. Or just make sure that LoL is better than Smite.

Before starting to compare LoL vs Smite, it is important to appeal to the history and background of these two titles. As you know, each great game has a great team of developers. The good developers also listen to the fan requests and read their feedback on every update. The best developers even manage to satisfy the needs of practically all players at the same time.
First of all, Smite vs LoL developers are impossible to compare. The developing studios are rather different by scale. League is the only game developed by Riot Games since 2006. The studio has over 1K employers and 17 offices worldwide. They regularly arrange multiple championships with insane prize pools for the professional players. League of Legends was released in 2009.
Smite, however, is a hand-made game by the small Hi-Rez studio that has been releasing this and other titles since 2005. Smite is the biggest game of the studio that has about 350 employees. It has been released in 2014. 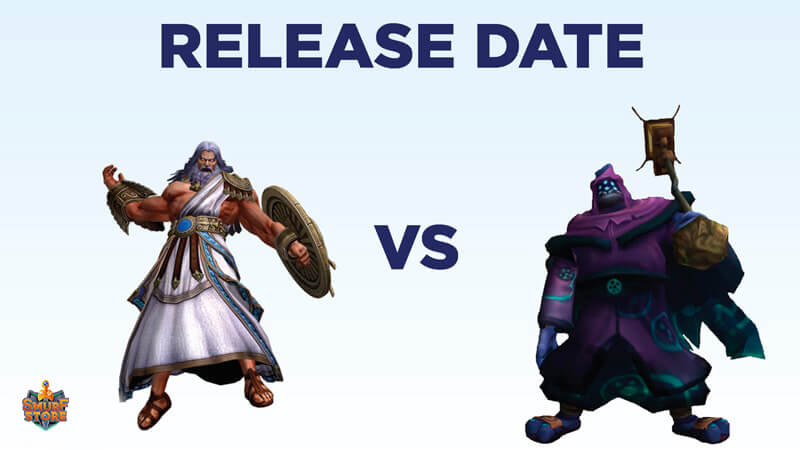 What is better: Smite or League of Legends – similarities

Are you wondering why League of Legends is better than Smite? First and foremost, it should be said that Smite and League are very similar in some ways. Both titles have the competitive game modes. Summoner’s Rift from League is very common to Smite Conquest. Both games have 3 lanes, along with the greenery jungle design and team members basing on the ends of the map. Also both games are free-to-play and theoretically you can play them without any donations. In LoL and Smite these competitive modes also allow gaining gold and experience, capture towers (or turrets) and the so-called phoenixes (resembling by function the inhibitor turrets). You also need to destroy the Titan (analog of Nexus). Even the positions of the team members and lanes are very similar. For example, the solo lane is located on the map’s top, the duo lane is located in the middle (for the damage from carry and support) and the jungle role is logically located in the jungle version of each game.

Major differences between LoL and Smite 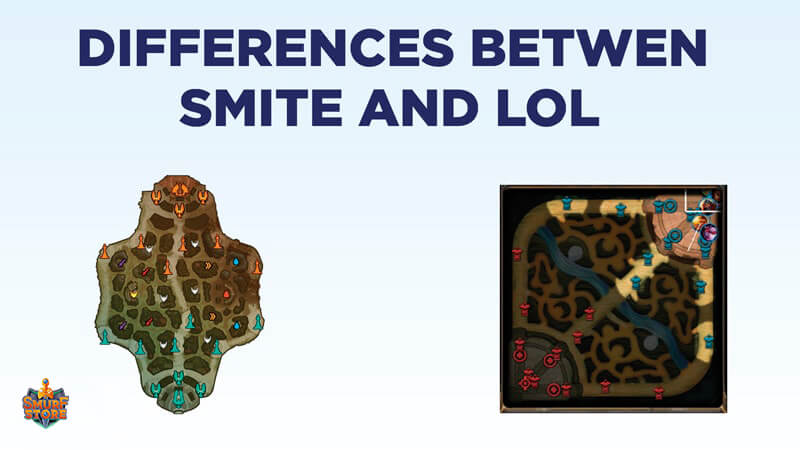 After transitioning from League to Smite you may have the strong temptation to press Top or Bot buttons, but Smite doesn’t have the bottom and top buttons for its mini-map. The map automatically flips taking into account the side defended by you right now. Keep in mind that in Smite the duo lane is located on the left side while the solo lane is always on the right. The chaos side – vice versa. The important difference between League of Legends and Smite maps is that solo lane in the later is significantly shorter compared to the duo line.

2. Smite vs League of Legends: the point of view

Smite significantly differs from League due to the point of view – the 3rd person perspective vs LoL’s isometric camera (when you watch the gameplay from above). It is unlikely for MOBA games to use the 3rd person point of view, many RPGs have it, but Smite managed to use it for the benefit. However, LoL’s top-down view is more advantageous and interesting for tournaments.

3. Smite vs League: classes and champions

Characters in any MOBA are the most important aspect that can’t be ignored by no means. When it comes to differences between LoL and Smite. League certainly wins with over 130 champions behind its back. Smite offers about 88 playable characters (referred here as Gods). The number of champs is not the only difference from this point. LoL players can choose among 6 classes, while in Smite there are only 5 classes of gods – mages, hunters, warriors, guardians, assassins. In LoL there are assassins, mages, fighters, marksmen, supports and tanks. The class differences between LoL and Smite make the players choose the various gaming styles. When it comes to original skins, LoL champs offer a number of various official and fan-made designs while Smite’s gods are a bit similar to each other.

4. What is better: Smite or League of Legends modes

However, the biggest difference between these two titles is gameplay. It may sound strange because LoL as well as Smite has the same genre but in fact there are multiple differences here.

Why is LoL more popular than Smite?

As many MOBA fans state on forums, League of Legends mostly chases the traditional style of playing the tactical game like in legendary Warcraft 3. On the other hand, Smite is considered as a revolutionary MOBA representative because of the 3rd person perspective (like from behind the god’s shoulder). Paragon even took this feature from Smite which means that players loved it. Combat modes in Smite are no less diverse than Gods. There are six modes and maps available. They become available to the player as the level of his account raises. You can gain experience and improve the level by participating in battles with bots or online with real players. Main modes of Smite include: 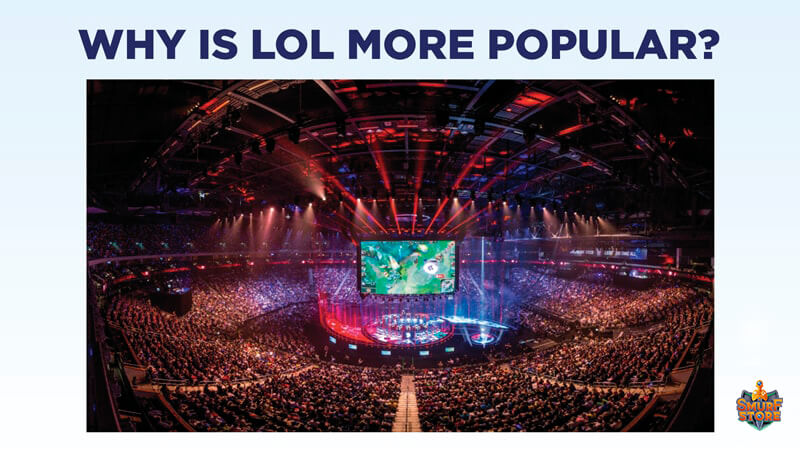 In League of Legends there are available different game modes divided into 5 sections: PvP, Co-op vs AI, Your game, Training, Practice Tool. Some of the modes become available only if certain conditions are met: the certain summoner level or the number of champions purchased. There are also temporary entertainment modes, included on weekends or on holidays. These modes are variable and interesting to play. Also, the players can conquer in random challenges and limited events.

If you check any League of Legends vs Smite comparison table, you will understand than Smite is a much smaller game, that basically copies the major mechanics of LoL. That is the main reason why LoL is better than Smite – it has been released earlier and the fans love more its original and unique champions. Also, LoL gives thousands of opportunities for its fans to earn huge sums money via streams, tournaments and ELO boosting. SmurfStore Corp considers in the battle of Smite vs LoL in 2018 League is the winner. LoL is definitely the best MOBA for the players in 2018 who love casual but addictive gameplay and want to get as much pleasure from the game as possible. The LoL fans may even buy here hand-leveled accounts called smurfs for training the new champions along with rare skins for the favorite in-game heroes.

2601
How much money does professional League of...

Read more
4058
Which game is better: League of Legends vs...
This comparison may help to define the winner in the battle Lol vs Dota 2…
Read more