Why Is League Of Legends So Popular Among Gamers?

LoL passed a long way from the amateur game, inspired by the success of DotA, to the international cybersport, taking part in the program of the World Cyber Games. It was considered to be a professional sport in the USA. A lot of people come together in front of the monitors every day to watch matches. The question is: what makes League of Legends so popular? Maybe, the biggest secret is the people working at the game. Among the developers – Steve Feak, one of the creators of DotA, Stephen Snow, the producer of the Total Annihilation and Dungeon Side, and Tom Cadwell, who worked with Blizzard at World of Warcraft and Warcraft 3: The Frozen Throne. Now they all are working in the Riot Games at the only game of the studio. They also developed such a “cartoon-style” of the game in contrast to the gloomy design of DotA. 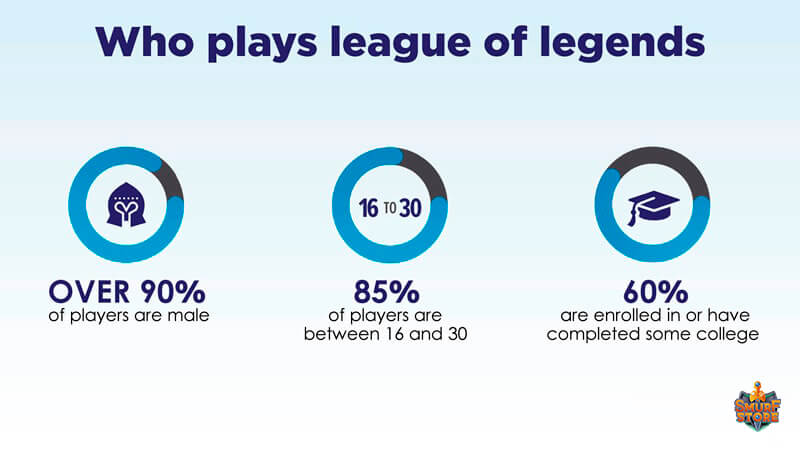 The developers took the right decision not to make a clone of DotA, like the games Heroes of Newerth and Dota 2. They created a concept of an easy, comfortable and available MOBA-game. They changed some elements: the player doesn’t have to kill an ally to leave the enemies without money for his death. You won’t find teleportation scrolls or suddenly appearing runes. From the first glance, it looks like DotA, but simpler, what’s not right. It is different, with own features, and this difference is the biggest advantage of League of Legends. So, let’s try to find an answer to a question “Why is LoL so popular?”

A Main Reason League Of Legends Is So Popular

The main reason is that the creators acted right to promote the game. Riot Games engaged people from the competitor teams to developing of LoL.

League Of Legends Is Easy To Play, Even If You Are The Beginner

Riot Games balanced the gameplay in their project. Even for a person, who never played MOBA before, it is easy to get familiar with the game. From the other side, the game has enough depth and flexibility to be interesting for the experienced players and cyber sportsmen. The principle of one of the “fathers” of the cyber industry Nolan Bushnell “Easy to learn and difficult to master” works for 100%. The champions of the game make League of Legends popular. One of the most difficult tasks for the MOBA project is to grasp the player after the first contact with the game. For some people, the most important features of the game are hardcore and a possibility to develop the skills. The others appreciate fascination and simplicity of the game process. League of Legends is quite a casual game. There are only two types of classes (AP and AD) and there are not so many variants of items to buy for them. Every week a player has 10 available champions to play. It is much easier, than to choose from the whole list. If the newcomer has a bad game with no chance to win, he has a possibility to surrender and save time and nerves. A small map, ability to teleport to the base for free and practically instant automatic attack make LoL easy enough for beginners, but interesting for hardcore gamers. 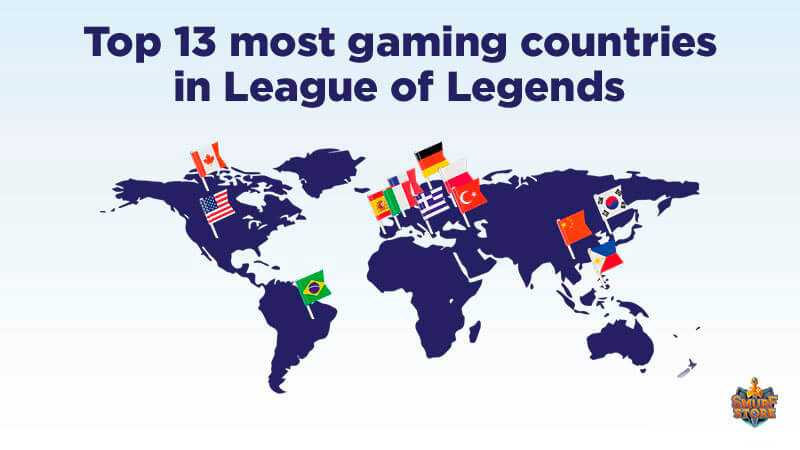 LoL Is So Popular Because It Is An International Cyber Sport

To attract cyber sportsmen, Riot Games created a right gameplay, but also provided a lot of extra activities. There were events, competitions, cooperation with other companies, and in the second season of the championship offered an unbelievable prize fond - $2 m. The developers were doing everything to attract viewers and professional gamers, and they succeed. As a cybersport, League of Legends has a developed competition system. The availability of such a system holds a lot of players in the game as a magnet, because to achieve great results you have to play not for a one season.

Ranked games in the LoL

On the maximal level of the account, every player gets a possibility to test oneself in the ranked games against people, whose level is close. At the same time, you still can play “normal” games. The first 10 ranked games are the complicated trial for each player. According to the results of these games, you will get a position in one of the leagues:

In the next ranked game will take part people from the other divisions. At the same time the developers understand, that often people are coming to play with friends, so there is a possibility to take part in the ranked game together with fellow or even create a team. As players ate moving up at the ladder of the divisions to the next leagues, they are getting a possibility to play with more powerful players. Every day dozens of gamers are trying to move higher. A lot of them succeed, create own teams and take part in different tournaments. Most gamers need to have goals in the game. For a casual player, it can be “to try all the champions” or “to buy all the skins with the big breasts”. But for an experienced one, it can be something more difficult, like “to win the tournament in a team of officemates”. For sure, the desire to achieve big goals keeps players in League of Legends for hundreds of games.

If You Wonder How Popular Is League Of Legends, Look At Their Fests, PR Events And Tournaments

We can talk a lot about the updates of the game, work with the balance and the appearance of the new champions, but the regular events, shows, and championships are also important for the popularity of the game. Every event is a possibility for everyone to see and feel the atmosphere of the huge cyber sports tournament. Kilometers of fan queues in front of the exhibition halls and thousands of viewers on the online streams are the integral elements of any official tournament of Riot Games. During the tournaments a lot of contests and presents distribution take place. Every visitor can:

Even if you didn’t manage to get to the tournament, you can feel the atmosphere in front of your monitor. Every tournament is commented in various languages by the best commentators. You will have an opportunity to see and hear everything at the event. Even the beginning players can get enough information about the teams, their tactics and strategies from the stream and try to implement it. 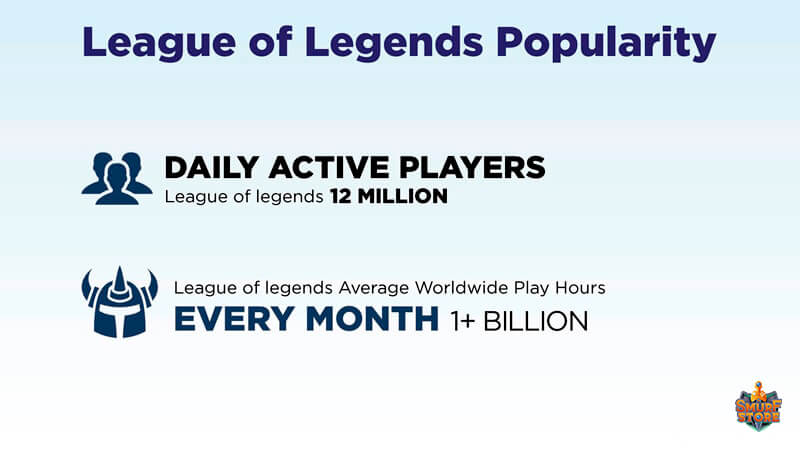 Some More Interesting Asides For League Of Legends Lovers

LoL is such a great and popular game not only because of the right strategy and bright events but also because of the small features, making it unique and interesting for people of different countries and ages.

It is quite difficult to find one answer to the question “Why is League of Legends so popular?”, because every gamer can find something interesting for oneself, same as we try to satisfy your needs, take a look at our offers at www.smurfstore.co. But hard work of the developers created a game, that attracts players from all over the world, and this fact amazes.

5324
What expensive and rare items in the LoL
Do you know that in every popular game there are a lot of rare skins that have not only an unusual appearance and performance in battles, but also have a great price…
Read more
2821
Which is the Best? LoL vs World of Tanks