Varus the arrow of Retribution

Every champion in the game League of Legends has an optimal guide. Varus is one of the range damage dealers. His mechanics are not easy to grasp – it is quite difficult. According to the gamer's skill, the archer can show himself in the different situations. The crucial things to succeed, playing Varus, is to understand, how to behave, to determine items you have to purchase and to realize, how to counteract. Before choosing this character in League of Legends it is better to read the Varus build guides because the skills and features of the character are the crucial things you have to know to play well. Varus is an ADC character, archer – he deals damage in the distance. This hero has a huge potential. Choosing him you will enjoy playing LoL for sure. 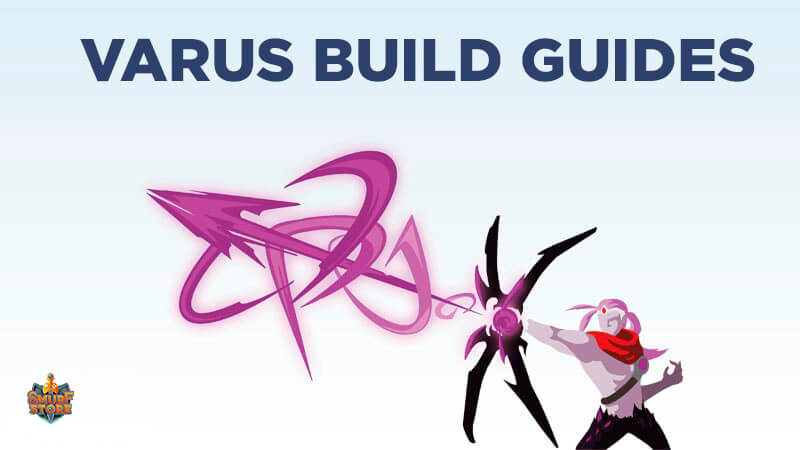 Varus was an unsurpassed archer and a person of a great honor. For that, the Elders have chosen him to be the guard of an ancient Ionian temple. There was an old pit of corruption inside of it. The Ionian Elders believed, that the temple contains so much energy, that it can cover the whole island with a darkness. Varus proudly came into the position of a guard – he knew, that only the best of the best Ionian warrior deserve such trust. As a new temple keeper, he moved with his family into the village near the temple and lived a peaceful and happy life, but Ionia had been attacked by the Noxus forces. The sanctuary, guarded by Varus, was right on the path of the invaders, and the hero was obliged to make a difficult choice: either stay and perform his duty in the temple or go to the village and save his family. The story behind Varus was difficult and full of sorrow – the hero had been bound with the temple by his honor, but without his protection the villagers had no chance to survive in the fight with the Noxus army.

Heart of Varus was full of sorrow, but finally, the guard decided to do his duty in the temple. The invincible archer managed to stop the enemy forces – they didn’t invade the temple. After finishing his work, Varus hurried home, but he was late – instead of the village archer saw a burning cemetery. His home was totally destroyed. The hero cursed the day he decided to protect the temple and abandoned his family. His heart filled with the horrible sense of guilt, which turned into a burning hatred. Varus swore to slaughter all the Noxus soldiers. He used the pit of corruption to become stronger. The hero understood, that it would consume him sooner or later, but until that moment he will have time for revenge. Now Varuses aim is to find and slaughter al the Noxian invaders, and it brought him to the League of Legends, to the famous Noxian perpetrators.

Varus Build Guide: Take All The Profit From Playing This Character In The Lol

As every character, Varus has personal skills and abilities, unique characteristics, which make the difference among the heroes. You should remember the stats of the character to get profit from all the advantages of it. 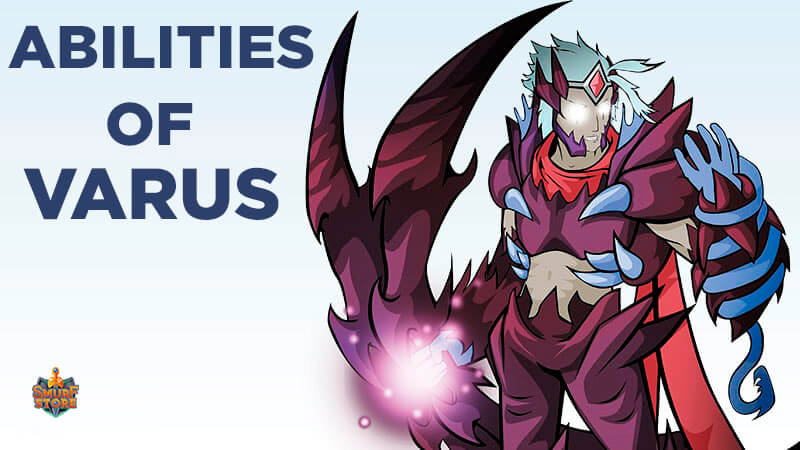 Varus has passive and active abilities. Everyone has own characteristics and is important for a good game. To use them right you should remember features of each ability.

It is a passive ability which raises the speed of attack. When Varus kills or supports killing the champion of the other team, he gains 40% (+50%) bonus speed of the attack for 5 seconds, and for killed monster or minion - 20% (+25%) bonus speed of the attack, also for 5 seconds. Living Vengeance is a great Varus skill, letting him boost his attack speed even assisting monster kills. This skill is important for a team game because just supporting other players Varus gains 40% boost for 6 seconds.

It is a great fighting ability. With its help, you can deal a huge damage at a big distance. The arrow flies quite fast, making hitting of the enemy easy. Additionally, this skill deals damage to several targets. The arrow can activate an extra damage of the Blighted Quiver.

At the first cast the character channels for up to 4 seconds. It raises the range and damage of the skill for 2 seconds. Varus can move during the channeling, but he is slowed for 20% and pacified. After canceling of the Arrow it refunds half of the mana it costs. The second cast deals damage to all the enemies on the path of the Arrow, increased by 0 – 50%. The total damage reduces to 100 – 33% (depending on the enemy hit).

Guides for Varus say, that this ability allows dealing a huge damage during an automatic attack. After 3 hits any ability of Varus can be used, and deal extra damage percentage-wise. Even the first level of the skill lets dealing damage in the amount of 6% of the enemies HP.

The basic attacks of the champion passively deal extra magic damage, applying Blight for 6 sec. It can stack up to 3 times. Other skills consume Blight on the enemies, dealing magic damage for each stack. It is capped at 360 against monsters.

This skill has several pros, useful in the battle. It deals lots of damage in the big area, slows down the enemies and decreases the healing effects. It also applies the Grievous Wounds to the enemies.

This ultimate ability is very effective in the team battles, especially when the opponents are standing near each other. Used at the right time, skill can influence the result of the battle very much, as it deals lots of damage and immobilizes every hit target.

As you use this ability, Varus throws a tendril of corruption, which paralyzes the first enemy for 2 seconds and applies 3 stacks of Blight over 1,5 seconds. Then the tendril will go to the next target, damaging and immobilizing the enemies. It will last till the skill will find more targets in the range. Tendril can path to one opponent only once per use.

Which artifacts you should choose for Varus

In most cases, at the beginning, it is better to buy standard Doran’s Blade, Warding Totem, and Health Potion. The final list of what you should buy for Varus, which would be good almost in any case, can look like this:

If you have a character with a powerful control skill in the group, you can also add artifact Mercurial Scimitar. If you don’t need armor yourself, add Lord Dominic’s Regards to have a possibility to penetrate the enemies’ armor.

Varus Pros And Cons In The Game League Of Legends 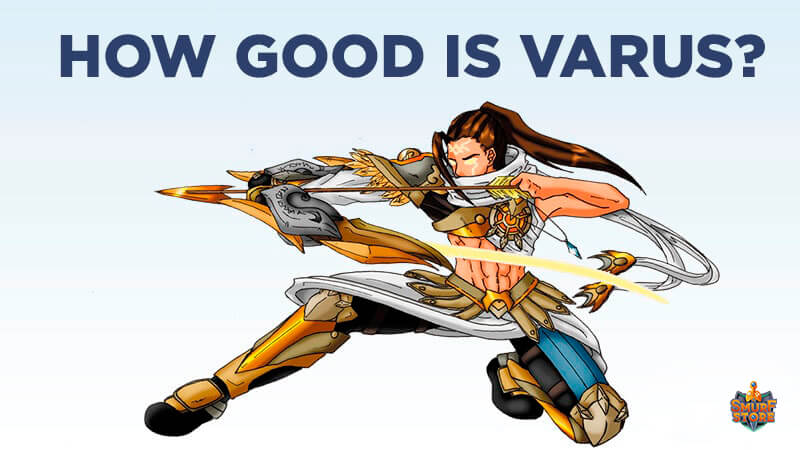 How Good Is Varus In Ranked Games Of The Game League Of Legends?

If your question is if Varus is viable in the ranked games – the answer is “yes”. Just get good at playing this champion, and you will be able to squash enemies. Of course, you will meet players, who use champions that are strong vs. Varus. It is not possible to win all the time, but getting more practice you will have quite good results. Varus is really interesting ADC character. He is strong with on-hit build and AP. He has a third longest range after Ashe and Caitlyn without steroids, so together with your Q and E skills it is easy to bully your opponents. The W-skill stacks, so you will have a lot of fun, staying relevant even against the tanks with lots of armor. Chain of Corruption is a unique skill, which makes your enemies stay far from you, letting you fight from the far distance. Practically, Varus LoL is a blast to play. To become proficient you just should study his features to have a lot of personal awareness, thus, visit us at www.smurfstore.co to get an account to start playing. And, of course, a good coordination in the team will let you show the best results.

3125
Rating of the strongest champions for...

Read more
2327
Few advice how to make you a better player...
Here are some top tips on how you can instantly become a better player in League of Legends…
Read more
3073
Bits of Advice how to level your account fast
The following guide will be useful for those gamers who are eager to get to the level 30 in the fastest way…
Read more