How To Earn Money from League of Legends

Have you ever wondered how much money does League of Legends make? The business model of Riot Games is based on the free-to-play concept that allows them gaining billions of USD since 2009. According to some insights and public press-releases Riot Games already hit the insane milestone of $1 billion revenue per 2014. In 2015 this sum was already $1,6 billion.
Since 2015 Riot prefers to keep the information about its revenue private but according to the constantly increasing tournament’s prizes we can guess that this sum turns to be even higher. Surely, such income is easy to explain by the desire of LoL gamers pay the developers for receiving boosters and rare skins. But, in fact, League players can easily earn money from their favorite game following the successful paths of pro gamers, bloggers and streamers.

How LoL pros earn their money?

If you have a strong desire to make money playing League of Legends, you need to understand that following this path as hard as any other career. Easy money may turn to be not that easy because the title of “professional LoL player” can be gained only if you are passionate, dedicated and hardworking gamer who is ready to spend most of your lifetime playing the favorite game.
Is this all about you? Then you will definitely succeed! Pro gamers can earn ridiculously big sum of money and more than in one way. 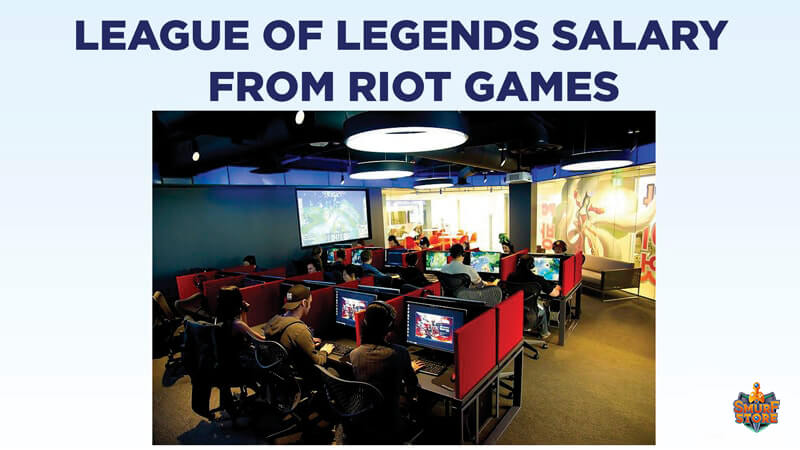 1. Getting a League of Legends salary from Riot Games

Each professional team gets money from Riot Games. It means that every registered professional eSportsman receives the salary ($12,5K per split for a starting player). Also, Riot covers the so-called operating expenses of each team. Surely, the players of the more popular and successful teams get a higher salary from Riot.

How LoL pros earn their money besides a salary? You see, not only the teams of the Worlds get dollars. In 2017 the Worlds raised the prize of more than $6 million. Only a few players shared this sum. But, of course, this is an ultimate dream. A semi-pro League player may easily earn up to a few thousands by taking part in local tournaments. However, you need to check if the sponsors offer any money during such tournaments. In the most cases, the winners get gaming gadgets instead of money prizes.

Due to the profitable subscription payments offered by the largest streaming service Twitch, a professional LoL pro player can earn money by becoming a streamer. What not to earn money from Twitch and loyal fans simply by showing the gamers how they practice. There are two ways of generating an income from Twitch broadcasts: 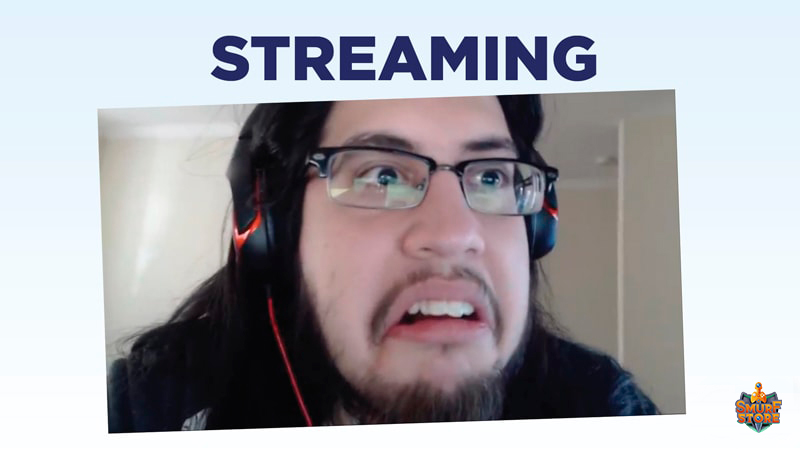 4. Getting direct donations and tips from the fans

During streams or broadcasts on any service like Twitch, Periscope or YouTube a player may ask his fans to support him via direct donation to his PayPal accounts. Some players go to Patreon and set the pledges for the bakers. The donations are purely volunteer and may rise from $5 to thousands of dollars.

Many LoL players, even if they are not professionals, signed affiliate contracts with sponsors in order to promote their goods or services. You may see some recommendations with links in the stream’s description or a streamer may promote something during his broadcast verbally. Many gamers hide the income from such affiliate deals but, according to some sources, it may rise up to $20K per month. Not bad, considering the other mentioned sources of income, especially if you are under 21 years.
Speaking about how much can a LoL pro player earn per year – it varies. Surely, there are also sponsors who choose to support the favorite teams or players by offering them free clothes, foods and equipment for streams. Such sponsorships are also disclosed due to the marketing purposes, but, be sure, most LoL players make the highest income of such offers. 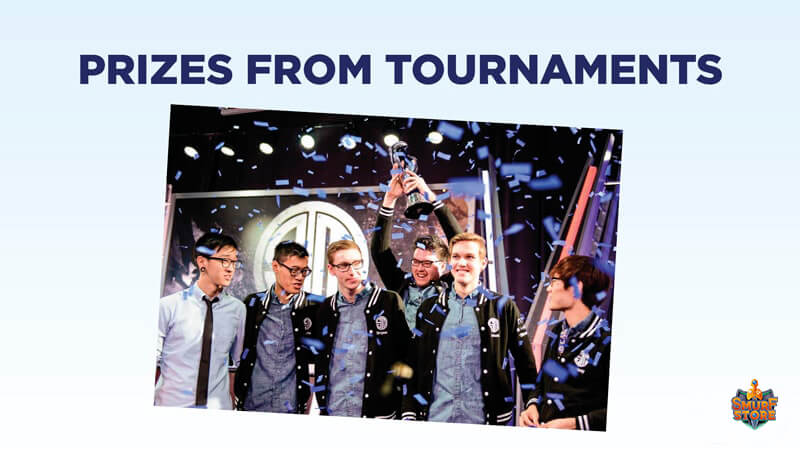 Here comes the list of the most successful League of Legends pros earning 6-figure salaries and prizes thanks to their awe-inspiring skills in the game. The rating goes from the 10th to the 1st places:

Such table of earnings of top LoL players may give a rise to your imagination that being a professional gamer is not that difficult. Maybe, but prepare to the fact that this is not a 9-5 job. You are to improve your physical and mental skills all the time in order to become more successful. This career is not that funny as it seems, you are to compete the best of the best players. Tension, lack of free time, crunches and other downsides may, however, be outshined by the sweet victory and a big salary. Everyone can make money from LoL – just needs to take this occupation very seriously. Start your professional League career from buying hand-leveled accounts from SmurfStore Corp. Such smurf accounts will help you train with different champions on various positions in order to win local championships.